small memory: (an)ode to juno is a baroque expression of the performativity of romantic love. By using cliché signifiers to create slippery surfaces and dramatic cacophony “small memory” attempts to revisit the overused and playfully exhaust it further.

Amelia Clark Productions is an attempt at cheating the fates. Of fooling them, or distracting them with a shiny object, like you would a raven that will most certainly steal your lunch if you don't sacrifice the plastic bauble hanging from your Primark purse, the one you didn't like but bought anyway because it was a euro and you needed a purse and you thought you’d replace it but now it’s missing a zipper and you still haven't found the perfect one and the garish pink has faded to a greasy salmon and it could almost pass off as tasteful. If it’s between your carefully customised sandwich du jour and a trinket, the trinket is a small sacrifice. I had my natal chart read once, by a pundit whose reputation for accuracy preceded him and despite myself, despite two decades and thousands of rupees, pounds and euros in education, I believed him when he told me the right palm tells the future of men and the left palm is reserved for women. If I was smarter I would have seen through the problematic of this fundamental differentiation based on...? Well, I’m not very smart but I am superstitious and when he watered the seed of doubt that had been buried so deep in me it could be my heart, it sprouted roots and these roots became a never-ending dirge of negations and inherited trade was the one stop solution. I was not meant to be an artist. Because nobody in my family ever was. Because somehow, we’ve skipped a thousand years of evolution and now herewe are. Amelia Clark Productions. Amelia, the perfect ruse, or should we say Ex Cuse? She is my salmon, avocado, rocket on pumpernickel bread with lemon mayo, and a dash of black pepper. Amelia can do things Shristie cannot because Amelia wasn't born under the Aries moon and her Saturn in the First house. Amelia can do anything she likes because she resides beyond the realm of the stars and planets and squares and trines. Amelia is exempt and so Amelia must be devoured, one bite at a time and then ferociously, all at once.

This exhibition has been made possible thanks to the generous contribution of Mozaïkjes, Rotterdam.

graduation workSlo-Mo-Lowe-I could have danced all night 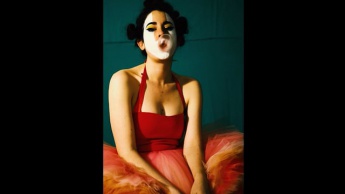 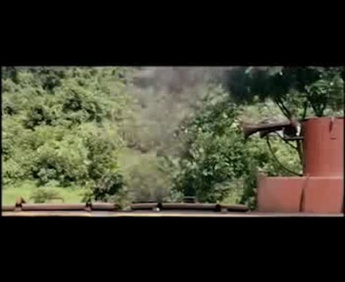